Bridgewater is highly devoted to adhering to diversity in both its supplier base and its employee base. More than 10 percent and over $250 million of the company’s annual external purchasing spending is done with minority-owned businesses. Nearly two-thirds of employees are racial minority persons. A third of the workforce is female. The management team reflects industry-leading levels of racial and gender diversity. These percentages are not the result of happenstance, but rather a concerted effort that is geared towards aggressive outreach and recruiting efforts. It is part of our mission and infrastructure.

In fact, Bridgewater is a certified Minority Business Enterprise (MBE) by the Michigan Minority Supplier Development Council, a regional affiliate of the National Minority Supplier Development Council. The company operates four manufacturing facilities, has 2,400 employees, and generates annual revenue of just over $2 billion, making it one of America’s largest Black-owned companies. Bridgewater also has the distinction of receiving the largest contracts ever awarded to an MBE by General Motors (1998), Ford (2003), and Honda (2004).

Ultimately, Bridgewater believes that only through total inclusion can the business optimize its full potential to deliver unmatched quality products to the customers it serves. 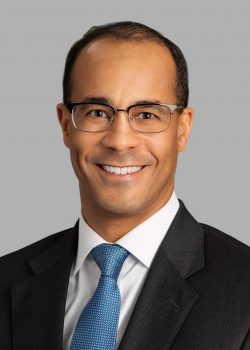 Ron Hall is President and Chief Executive Officer at Bridgewater Interiors, LLC. Bridgewater is an automotive interiors manufacturing firm, specializing in just-in-time assembly, sequencing, and delivery of seating systems. It employs more than 2,400 people at four facilities in the U.S. Ron has been with the company in various roles of increasing responsibility since 2007, succeeding his father, company founder Ron Hall, Sr., in 2015.

A lawyer by training, Ron spent the several years of his early career as a Detroit-based corporate attorney at Dykema, PLLC, a prominent business law firm.

He earned his Juris Doctor degree at the University of Michigan Law School, where he was a Darrow Scholar, received the Book Award for excellence in Administrative Law, and served as an associate editor on the Michigan Journal of International Law.

Ron holds a Bachelor of Science degree in International Political Economy from the United States Military Academy at West Point, NY, and served several years on active duty as a field artillery officer in the US Army. He attained the rank of captain and, among other awards, was decorated for meritorious service in the Persian Gulf War.

In addition to various business pursuits, Ron sits on multiple nonprofit boards, where he has held additional leadership and committee positions:

Ron’s interests include history and political affairs, the various pursuits of his four children, and fitness running. 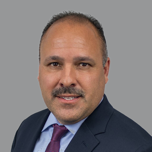 David L Vera is the Chief Operating Officer of Bridgewater Interiors (BWI). For over 25 years, David has held numerous senior level manufacturing and operational executive roles throughout his career.

In his current role with Bridgewater Interiors, David helps lead the company’s objectives; provides the management necessary for the financial and operation structure; drives the company’s operating efficiency; profitability; business goals and more. He also acts as a liaison between Bridgewater Interiors and Adient organizations – helping with new business, labor relations, operations, performance management, policy, people and financial issues as well as ensuring BWI operates to the ideals of a Minority Business Enterprise (MBE).

Prior to becoming the COO of Bridgewater Interiors, David was the Executive Director of Adient’s North American Seating division. During his time in this position, he led the department’s seating operations across the U.S. and Mexico in parallel with corporate advance manufacturing and supply chain functions. Additionally, he oversaw the company’s 20 North American sites, which included more 10,000 employees. Among his management areas, he led the division in gaining over $6 billion in revenue; managing its employee relation issues; as well as in benchmarking its progress of production, quality, cost, safety improvements against previous measurements to gauge network effectiveness and drive toward “Best Practices.”

Before leading the North America Seating operations of Adient, David was the Executive Director of the Adient’s Asia Pacific division. In this leadership role, David was responsible for supporting the  strategic and tactical planning; program and launch management; as well as lean and continuous improvement across six countries. David also led the management of more than 20 sites, 40 plants, and 5,000 employees. Further, he worked with his colleagues in creating an intervention regional task force to achieve stretched goals as well as develop, deploy, and execute the regional operations strategy, key tactical plans; balanced scorecards to drive safety improvements; quality achievements; cost reduction; and productivity improvements.

One of David’s most recognized achievements as the Executive Director of the Adient’s Asia Pacific division was vertically integrating local market focused operations. His efforts led to more nearly $2 billion in revenue being generated from production vehicles and $4.1 billion in commercial vehicles.  Further, during his time in this position, David was highlighted for driving the footprint, vertical integration and process technology strategies for the region. As a result of his efforts, there were 7-9% in gross savings year-over-year improvement on approximately $29M of overhead costs spent through lean, Six Sigma, automation, vertical integration and footprint planning. 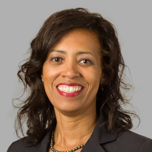 Carrie (Elaine) Tingle is a business professional with over 25 years of experience in progressive human resources roles.

Elaine is currently the Vice President of Human Resources and Community Affairs at Bridgewater Interiors (BWI). In her role, Elaine is responsible for employee and labor relations which includes the negotiation and administration of collective bargaining agreements, managing community relations, training and development activities, and overall employee engagement.

Elaine’s community involvement activities include serving on the Board of Directors as vice chair for First Step organization, President of the African American Business Resource Group of Adient (BWI joint venture partner) and participant in Cornerstone School Partner Mornings as well as supporting many other charitable organizations in Metro Detroit.

Elaine earned a Master of Public Administration degree from the University of Louisville and a Bachelor of Science degree in Administrative Support Management from Western Kentucky University. She is certified as a Senior Professional in Human Resources and is also an Income Tax Preparer.

When Elaine is not working, she loves youth mentorship, event planning, gardening and spending time with family and friends. 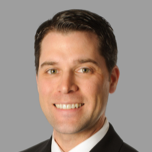 John Cloud is the Chief Financial Officer of Bridgewater Interiors. In his role, John oversees all financial activities and processes of the company, including treasury, operations and compliance. He provides financial and strategic support to the executive team and monitors the internal control environment across all company locations. John has over 15 years of management experience across a broad range of industries, including time spent in both public accounting/consulting and private industry. His areas of expertise include financial analysis, M&A transactions, controllership, and operations.

John joined the company in 2013 from Johnson Controls, where he served as Director of M&A for the global Automotive Experience business and subsequently as Finance Director for Asian OEM seating operations in North America. Prior to joining Johnson Controls, John was a consultant at Deloitte where he served publicly-traded and privately-held clients in the automotive, consumer products, and real estate industries.

John earned his Bachelor of Science degree in Accounting and International Business from Marquette University in Milwaukee, WI. His college coursework also included a semester of international studies at Syddansk Universitet in Sønderborg, Denmark. He is a Certified Public Accountant and a member of the Detroit Chapter of Financial Executives International.

Meet more of our team by clicking here to see our BWI Employee Spotlight.

Snapshot Of All BWI Plants 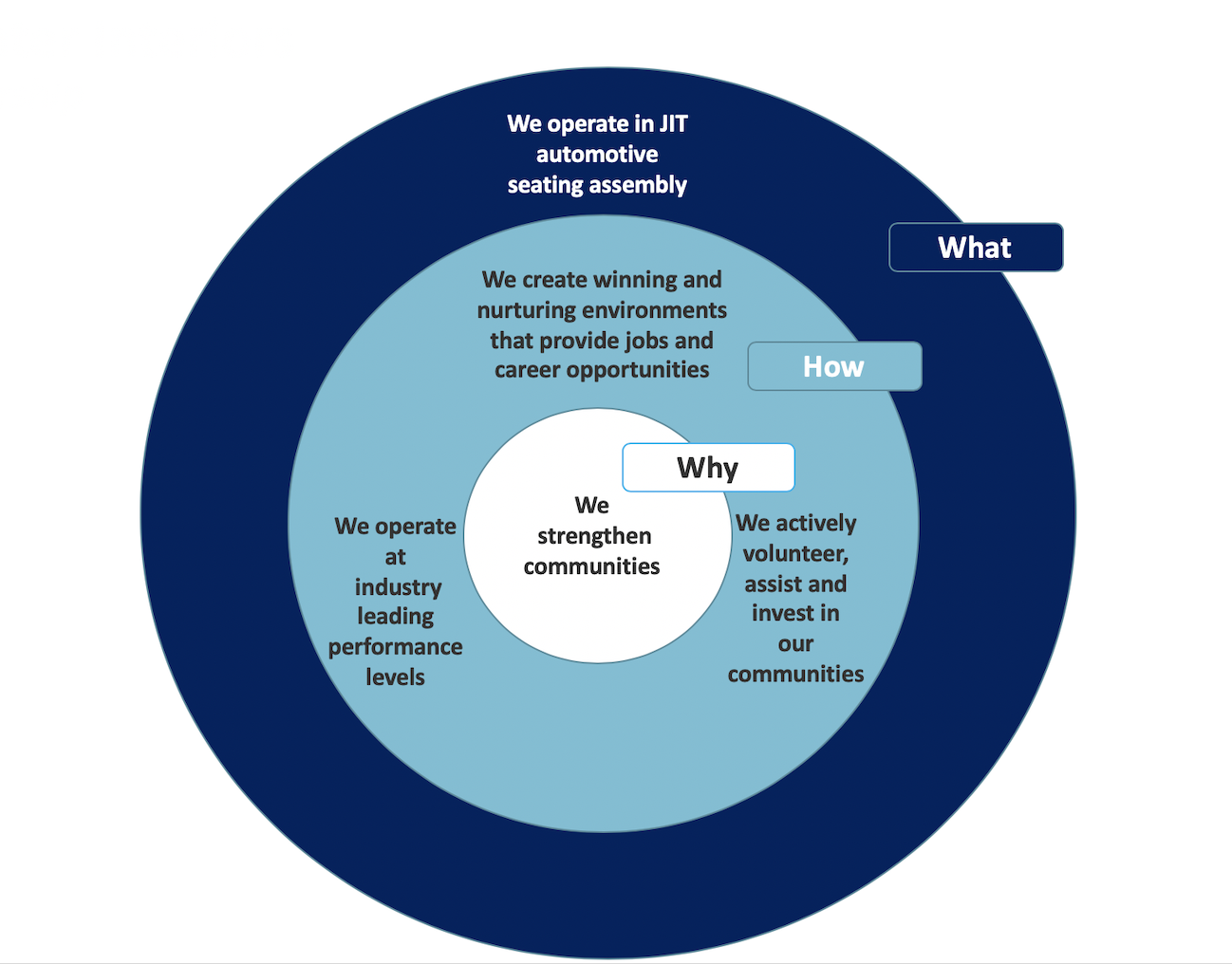