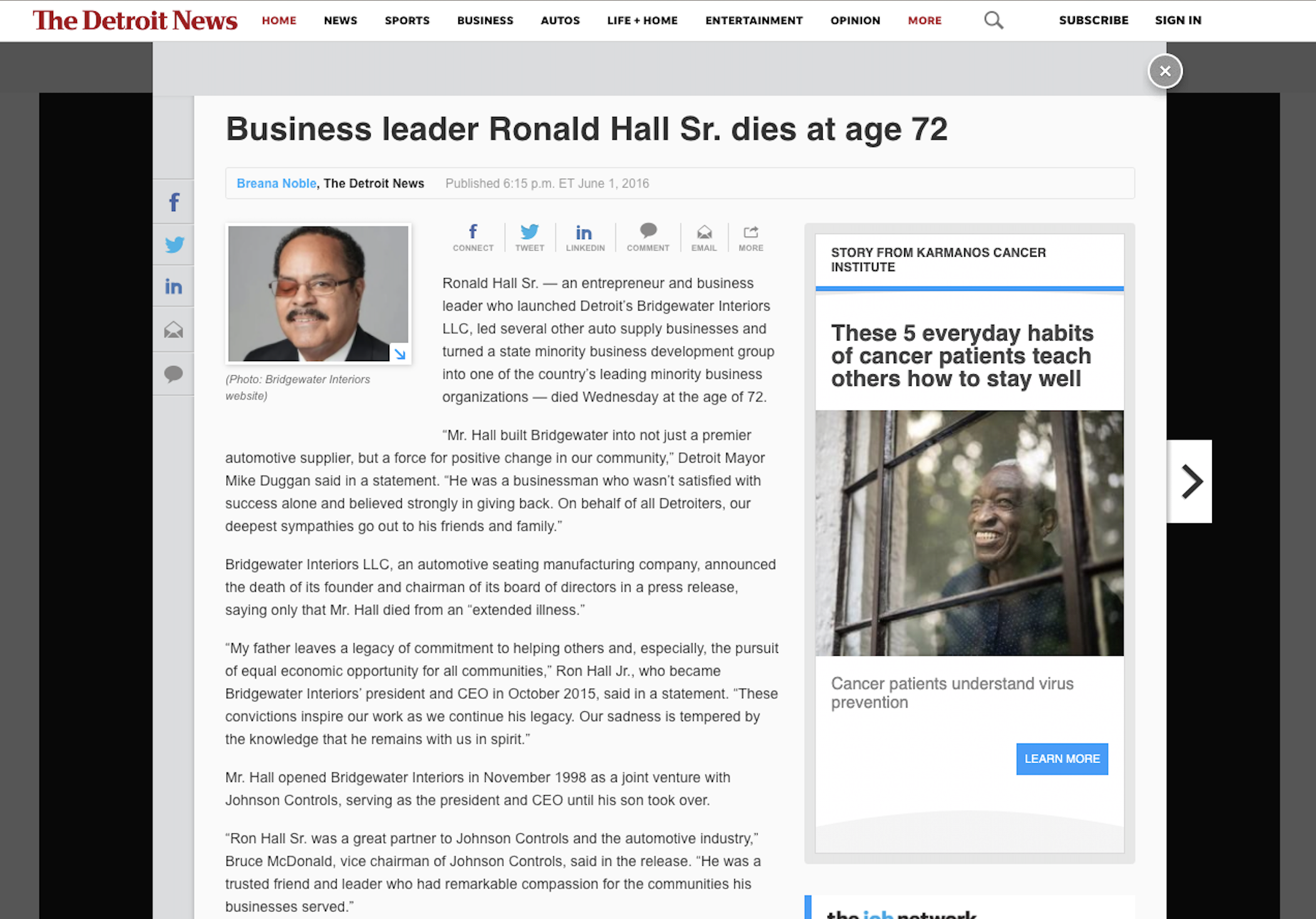 Ronald Hall Sr. — an entrepreneur and business leader who launched Detroit’s Bridgewater Interiors LLC, led several other auto supply businesses, and turned a state minority business development group into one of the country’s leading minority business organizations — died Wednesday at the age of 72.

Mr. Hall built Bridgewater into not just a premier automotive supplier, but a force for positive change in our community,” Detroit Mayor Mike Duggan said in a statement. “He was a businessman who wasn’t satisfied with success alone and believed strongly in giving back. On behalf of all Detroiters, our deepest sympathies go out to his friends and family.”

Ron Hall Sr. was known for turning the Michigan Minority Supplier Business Development Council into one of America’s minority business development organization leaders during his tenure as president, from 1992 to October 1998.

Read more of this article by clicking here.